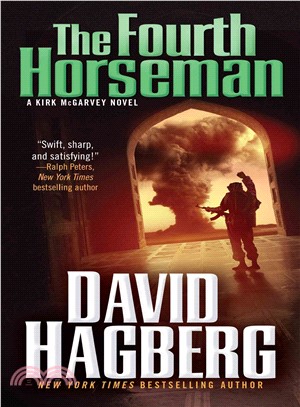 A CIA assassin races to avert nuclear war at the hands of terrorists in this heart-pounding next installment in David Hagberg's NYT bestselling series.

Kirk McGarvey has accepted the most critical contract of his career: kill the most dangerous, heavily protected terrorist alive—a man who is about to hand two hundred Pakistani nukes over to the world’s most frightening terrorists.

Pakistan is torn apart by street riots, and Islamist terror groups are on the verge of toppling its shaky secular government. The CIA sends Pakistan expert David Haaris to meet with leaders of the military-intelligence apparatus that all but controls the country and try to prevent the government’s impending disintegration. But Haaris has other ideas. An Islamist double-agent working for Pakistani terrorists, David Haaris beheads the president and attempts to bring the region’s most horrendous terror groups to power. If he succeeds, the terrorists will possess enough nuclear weapons to destroy all the developed world’s capital cities.

Only one man can stop Haaris’s plan—legendary CIA assassin, Kirk McGarvey. He must kill Haaris, the terrorists’ leader, the man they call “the Messiah”—code name: The Fourth Horseman.

DAVID HAGBERG is a former Air Force cryptographer who has traveled extensively in Europe, the Arctic, and the Caribbean, and has spoken at CIA functions. He has published more than seventy novels of suspense, includingBlood Pact, Retribution, and the bestselling Allah's Scorpion, Dance with the Dragon, and The Expediter. He makes his home in Sarasota, Florida.
PrevNext