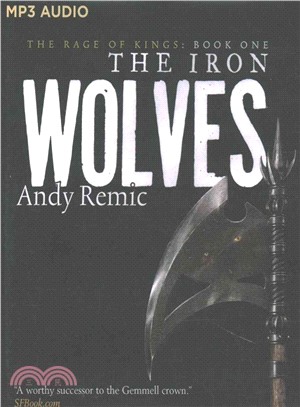 The Iron Wolves
The Rage of Kings: Book One

Thirty years ago, the Iron Wolves held back mud-orc hordes at the Pass of Splintered Bones, and led a brutal charge that saw the sorcerer Morkagoth slain.

Now, a new terror stalks the realm. Orlana the Changer has escaped from the Chaos Halls and is building an army, twisting horses, lions and bears into terrible, bloody hunters, summoning mud-orcs from the slime and heading north to battle the mighty region of Vagandrak where, it's said, the King has gone insane.

General Dalgoran searches to reunite the heroes of old for what he believes will be their final battle. But Dalgoran discovers the Iron Wolves are no longer the heroes of legend, and they might just be more dangerous than the invading hordes.…