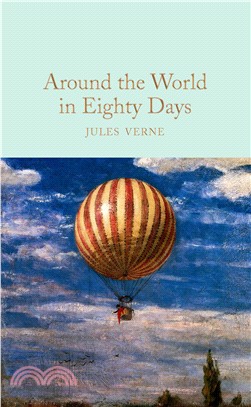 Around the World in Eighty Days (Le tour du monde en quatre-vingt jours) is a classic. The story starts in London on 2 October 1872. Phileas Fogg is a wealthy, solitary man with regular habits, who fires his former butler for getting wrong the temperature of his shaving water. He hires Passepartout as a replacement. Later that day he gets involved in an argument over an article in the Daily Telegraph, stating that with the opening of a new railway in India, it is now possible to travel around the world in eighty days. The exciting, if now dated, adventure of Fogg and Passepartout will entertain modern readers as much as it did the Victorians.

With an Afterword by John Grant

Jules Gabriel Verne was born in the seaport of Nantes, France, in 1828 and was destined to follow his father into the legal profession. In Paris to train for the bar, he took more readily to literary life, befriending Alexander Dumas and Victor Hugo, and living by theatre managing and libretto-writing. His first science-based novel, Five Weeks in a Balloon, was issued by the influential publisher Pierre-Jules Hetzel in 1862, and made him famous. Verne and Hetzel collaborated to write dozens more such adventures, including 20,000 Leagues Under the Sea in 1869 and Around the World in 80 Days in 1872. In later life Verne entered local politics at Amiens, where had had a home. He also kept a house in Paris, in the street now named Boulevard Jules Verne, and a beloved yacht, the Saint Michel, named after his son. He died in 1905.
PrevNext