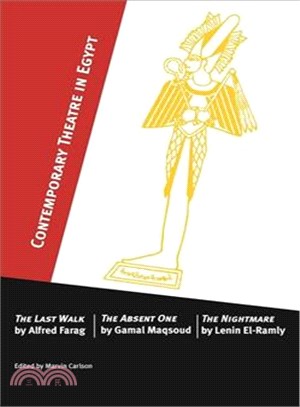 Includes the proceedings of a symposium on this subject held at the CUNY Graduate Center in February of 1999, along with the first English translations of three short plays by leading Egyptian playwrights who spoke at the symposium: Alfred Farag's The Last Walk; Gamal Maqsoud's The Absent One; and Lenin El-Ramley's The Nightmare.
Marvin Carlson is the Sidney E. Cohn Distinguished Professor of Theatre and Comparative Literature in the Ph.D. program at the City University of New York Graduate Center. His research and teaching interests include dramatic theory and Western European theatre history and dramatic literature. His best known work, "Theories of the Theatre," has been translated into five languages. His most recent books are "Performance: A Critical Introduction," and "Voltaire and the Theatre of the Eighteenth Century."
PrevNext