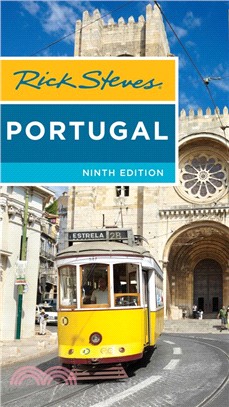 You can count on Rick Steves to tell you what you really need to know when traveling in Portugal.

With this guide, you'll explore this relaxed country at the western edge of Europe. Tour Lisbon's cobbled lanes and grand squares, reminders of Portugal's seafaring glory days. Step back into history at the palaces in Sintra and the bone chapel of Évora. Soak up the sun at the Algarve beach of your dreams. When evening comes, enjoy a dinner of fresh seafood stew, and raise a glass of port wine in a toast.

Rick's candid, humorous advice will guide you to good-value hotels and restaurants. He'll help you plan where to go and what to see, depending on the length of your trip. You'll get up-to-date recommendations about what is worth your time and money. More than just reviews and directions, a Rick Steves guidebook is a tour guide in your pocket.
Since 1973, Rick has spent about four months a year exploring Europe. His mission: to empower Americans to have European trips that are fun, affordable, and culturally broadening. Rick produces a best-selling guidebook series, a public television series, and a public radio show, and organizes small-group tours that take over 20,000 travelers to Europe annually. He does all of this with the help of a hardworking, well-traveled staff of 100 at Rick Steves' Europe in Edmonds, Washington, near Seattle. When not on the road, Rick is active in his church and with advocacy groups focused on economic justice, drug policy reform, and ending hunger. To recharge, Rick plays piano, relaxes at his family cabin in the Cascade Mountains, and spends time with his partner Trish, son Andy, and daughter Jackie.