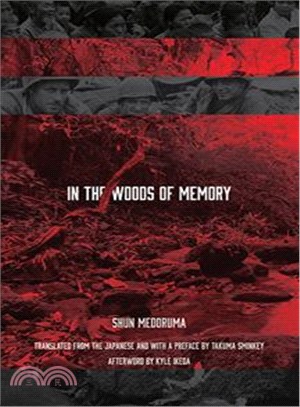 In the Woods of Memory is a powerful, thought-provoking novel that focuses on two incidents during the Battle of Okinawa, 1945: the sexual assault on Sayoko, 17, by four US soldiers and her friend Seiji’s attempt at revenge. Narrations through nine points of view, Japanese and American, from 1945 to the present day reveal the full complexity of events and how war trauma inevitably ripples through the generations.

Akutagawa Prize?winner and activist Shun Medoruma was born in Okinawa. This is his first full-length work in English translation.

Shun Medoruma was born in Nakijin, Okinawa on October 6, 1960. After graduating from the University of Ryukyus, he worked as a guard and later as a teacher. He resigned from teaching in 2003. He has written unique novels that are based on Okinawan nature, history, and climate, focusing especially on the Battle of Okinawa and memories of that war experience. Two of his best stories, Suiteki” and Mabuigumi” are concerned with war memory. Medoruma also focuses on the current base issue and how the US military impacts on Okinawa. Another element of Medoruma’s fiction is his use of uchina-guchi or Okinawan language. Medoruma often expresses his strong anti-base political views through his articles in the local newspapersand in his blog.


Takuma Sminkey (né Paul Sminkey) (Translator) is a professor in the Department of British and American Language and Culture at Okinawa International University. He has been living in Japan for over twenty years and acquired Japanese citizenship in 2010. He received a master’s degree in English literature from Temple University and a master’s in Advanced Japanese Studies from Sheffield University. His translations include A Rabbit’s Eyes by Haitani Kenjiro (2005) and IchigensanThe Newcomer by David Zoppetti (2011).

Kyle Ikeda (Afterword) received his doctorate in Japanese from the University of HawaiiManoa in 2007 and is now an associate professor at the University of Vermont. He is one of the leading researchers in English on Medoruma Shun. His comprehensive analysis of Medoruma’s work, Okinawan War Memory: Transgenerational Trauma and the War Fiction of Medoruma, was published in 2014.
PrevNext