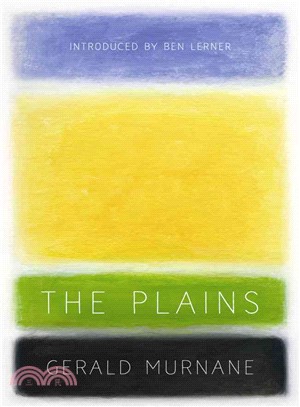 ?Murnane, a genius, is a worthy heir to Beckett.’?Teju Cole

?A careful stylist and a slyly comic writer with large ideas.’?Paris Review

?Deeply mysterious yet grounded in familiar, everyday detail, this novel is an alchemical miracle, converting vision into pure narrative? In the depths and surfaces of this extraordinary fable you will see your inner self eerily reflected again and again.’?Sydney Morning Herald

On their vast estates, the landowning families of the plains have preserved a rich and distinctive culture. Obsessed with their own habitat and history, they hire artisans, writers and historians to record in minute detail every aspect of their lives, and the nature of their land. A young film-maker arrives on the plains, hoping to make his own contribution to the elaboration of this history. In a private library he begins to take notes for a film, and chooses the daughter of his patron for a leading role.

Twenty years later, he begins to tell his haunting story of life on the plains. As his story unfolds, the novel becomes, in the words of Murray Bail, ?a mirage of landscape, memory, love and literature itself’.

Gerald Murnane was born in Melbourne in 1939. He is the author of ten novels, which have been widely translated. His memoir, Something for the Pain was published in May 2016. He lives in western Victoria.

Gerald Murnane was born in Melbourne in 1939. He has been a primary teacher, an editor and a university lecturer. His debut novel, Tamarisk Row (1974), was followed by nine other works of fiction, including The Plains and, most recently, A Million Windows. In 1999 Murnane won the Patrick White Award and in 2009 he won the Melbourne Prize for Literature. He lives in western Victoria.

Ben Lerner has been a Fulbright Fellow, a finalist for the National Book Award for Poetry, a Howard Foundation Fellow, and a Guggenheim Fellow. He is the author of Leaving the Atocha Station (2012 Believer Book Award winner) and 10:04. Lerner is a professor of English at Brooklyn College.
PrevNext