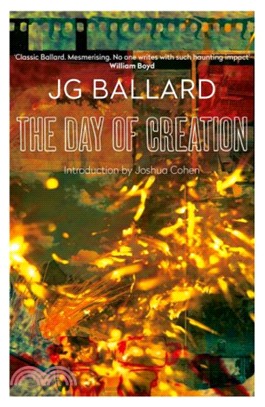 'Classic Ballard. Mesmerising. No one writes with such haunting impact' William Boyd In parched, war-torn central Africa, Dr Mallory watches his clinic fail and dreams of discovering a third Nile to make the Sahara bloom.

During his search for water, an ancient tree stump is uprooted by a bulldozer and water wells up, spreading until it becomes an enormous river. With the once arid land now abounding in birds and beasts, the obsessed Mallory forges up-river in an old car ferry, clashing with hostile factions as he tries to find the source of his own creation. This edition is part of a new commemorative series of Ballard's works, featuring introductions from a number of his admirers (including Ali Smith, Iain Sinclair, Martin Amis and Ned Beauman) and brand-new cover designs from the artist Stanley Donwood.