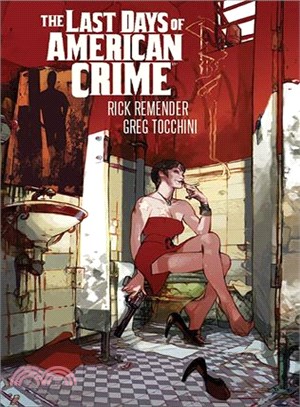 With one week until the end of all crime in the UnitedStates, can the last heist in American history be pulled off? In thenot-too-distant future as a final response to terrorism and crime, the U.S.government plans in secret to broadcast a signal making it impossible for anyoneto knowingly commit unlawful acts. To keep this from the public, the governmentcreates a distraction, installing a new currency system using digital chargecards. Enter: Graham Brick. A career criminal never quite able to hit the bigscore, Graham intends to steal one of the charging stations, skip the country,and live off unlimited funds for the rest of his life. But the media has leakednews of the anti-crime signal one week before it was to go live, and now Grahamand his team have just a few days to turn the crime of the century into the lastcrime in American history.