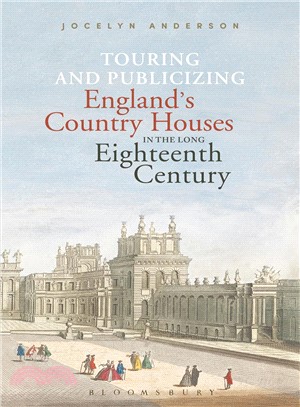 Over the course of the long 18th century, many of England's grandest country houses became known for displaying noteworthy architecture and design, large collections of sculptures and paintings, and expansive landscape gardens and parks. Although these houses continued to function as residences and spaces of elite retreat, they had powerful public identities: increasingly accessible to tourists and extensively described by travel writers, they began to be celebrated as sites of great importance to national culture. This book examines how these identities emerged, repositioning the importance of country houses in 18th-century Britain and exploring what it took to turn them into tourist attractions.

Drawing on travel books, guidebooks, and dozens of tourists' diaries and letters, it explores what it meant to tour country houses such as Blenheim Palace, Chatsworth, Wilton, Kedleston and Burghley in the tumultuous 1700s. It also questions the legacies of these early tourists: both as a critical cultural practice in the 18th century and an extraordinary and controversial influence in British culture today, country-house tourism is a phenomenon that demands investigation.