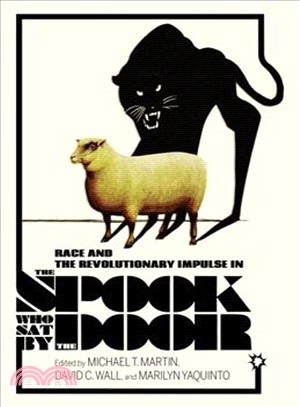 Ivan Dixon’s 1973 film, The Spook Who Sat by the Door, captures the intensity of social and political upheaval during a volatile period in American history. Based on Sam Greenlee’s novel by the same name, the film is a searing portrayal of an American Black underclass brought to the brink of revolution. This series of critical essays situates the film in its social, political, and cinematic contexts and presents a wealth of related materials, including an extensive interview with Sam Greenlee, the original United Artists’ press kit, numerous stills from the film, and the original screenplay. This fascinating examination of a revolutionary work foregrounds issues of race, class, and social inequality that continue to incite protests and drive political debate.

Michael T. Martin is Director of the Black Film Center/Archive and Professor of Cinema and Media Studies in the Media School at Indiana University, Bloomington. He is the editor or coeditor of six anthologies, including (with Marilyn Yaquinto) Redress for Historical Injustices in the United States: On Reparations for Slavery, Jim Crow, and Their Legacies; and (with David C. Wall) The Politics and Poetics of Black Film: Nothing But a Man. He also directed and coproduced the award winning feature documentary on Nicaragua, In the Absence of Peace, distributed by Third World Newsreel.

Marilyn Yaquinto is Associate Professor of Communication and Interdisciplinary Studies at Truman State University in Missouri. She is author of Pump ‘Em Full of Lead: A Look at Gangsters on Film and editor (with Michael T. Martin) of Redress for Historical Injustices in the United States: On Reparations for Slavery, Jim Crow, and Their Legacies. Dr. Yaquinto is a former journalist for the Los Angeles Time and shares in its Pulitzer Prize for spot news coverage of the 1992 LA riots linked to the Rodney King incident.