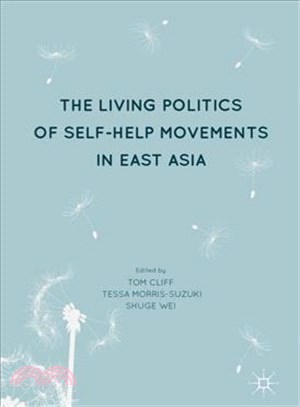 This collection elucidates the complexity of living politics in the 21st century, considering how self-help groups draw on shared regional traditions, and how they adapt their actions to the diverse formal political environments in which they operate. It considers the nexus between ideas and action in a world where the conventional ‘right-left’ divide has a decreasing hold on the political imagination. Examining grassroots self-help actions as responses to everyday life problems, it argues that whilst action may be initiated by encounters with ideas that come into the community from outside, often the flow of cause and effect works in the opposite direction. Focusing on countries both politically dynamic and with long-standing historical and cultural connections - China (including Inner Mongolia), Japan, Taiwan and Korea – this book fills a significant gap in the literature on social movements, demonstrating that survival itself is a political act.

Tom Cliff is a Postdoctoral Research Fellow at Australian National University. His research focuses on the role of the informal institutions of family and enterprise in responding to economic uncertainty and the ageing population in China. His book Oil and Water: Being Han in Xinjiang was published in June 2016.

Tessa Morris-Suzuki is Distinguished Professor of Japanese History and Australian Research Council Laureate Fellow, Australian National University. Her research addresses informal life politics in Japan, and on issues of migration and of history and memory in East Asia. Her books include Borderline Japan: (2010) and East Asia Beyond the History War (2013).

Shuge Wei is a Post-doctoral Research Fellow at Australian National University. Her research interests include grassroots movement in Taiwan and China, Chinese media history, Sino-Japanese war and Chinese political culture. Her book News under Fire: China’s Propaganda against Japan in the English-Language Press, 1928-1941 was published in 2017.
PrevNext