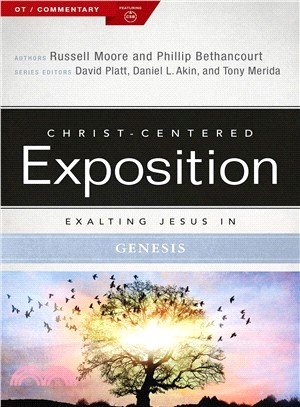 A commentary series that draws out the Christ-centered focus of each Bible book.

Rather than a verse-by-verse approach, the authors have crafted chapters that explain and apply key passages in their assigned Bible books. Readers will learn to see Christ in all aspects of Scripture, and they will be encouraged by the devotional nature of each exposition.

Dr. Russell Moore is president of the Ethics and Religious Liberty Commission of the Southern Baptist Convention, the nation's largest Protestant denomination. The Wall Street Journal called him "vigorous, cheerful, and fiercely articulate." He is the author of several books, including the Christianity Today 2016 Book of the Year, Onward: Engaging Culture without Losing the Gospel. He and his wife Maria are the parents of five sons. Visit RussellMoore.com to learn more.


Dr. Philip Bethancourt
Phillip Bethancourt is Executive Vice President of the Ethics & Religious Liberty Commission and Assistant Professor of Christian Theology at the Southern Baptist Theological Seminary. He is also on the pastoral leadership team at Redemption City Church in Franklin, TN.