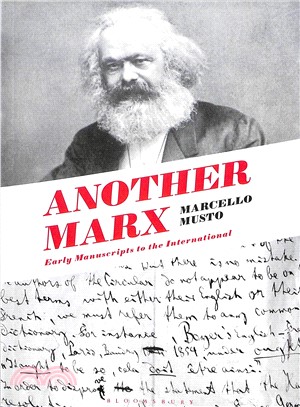 Following the break-up of the Soviet Union, Marx was regarded as a thinker doomed to oblivion about whom everything had already been said and written. However, the international economic crisis of 2008 favoured a return to his analysis of capitalism, and recently published volumes of the Marx-Engels-Gesamtausgabe (MEGA²) have provided researchers with new texts that underline the gulf between Marx's critical theory and the dogmatism of many twentieth-century Marxisms.

This work reconstructs with great textual and historical rigour, but in a form accessible to those encountering Marx for the first time, a number of little noted, or often misunderstood, stages in his intellectual biography. The book is divided into three parts. The first – 'Intellectual Influences and Early Writings' – investigates the formation of the young Marx and the composition of his Parisian manuscripts of 1844. The second – 'The Critique of Political Economy' – focuses on the genesis of Marx's magnum opus, beginning with his studies of political economy in the early 1850s and following his labours through to all the preparatory manuscripts for Capital. The third – 'Political Militancy' – presents an insightful history of the International Working Men's Association and of the role that Marx played in that organization.

The volume offers a close and innovative examination of Marx's ideas on post-Hegelian philosophy, alienated labour, the materialist conception of history, research methods, the theory of surplus-value, working-class self-emancipation, political organization and revolutionary theory. From this emerges “another Marx”, a thinker very different from the one depicted by so many of his critics and ostensible disciples.

Marcello Musto is Associate Professor of Sociological Theory at York University, Canada. His books and articles have been published worldwide in more than twenty languages. He is the editor of Karl Marx's 'Grundrisse': Foundations of the Critique of Political Economy 150 Years Later (2008), Marx for Today (2012) and Workers Unite! The International 150 Years Later (Bloomsbury, 2014). He is also the author of The Last Marx (1881-1883): An Intellectual Biography (2018).
PrevNext