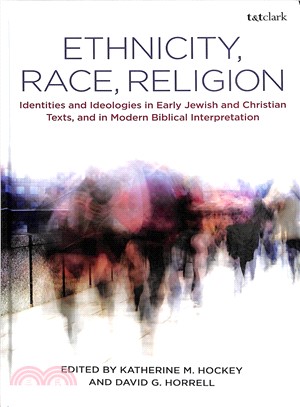 Religion, ethnicity and race are facets of human identity that have become increasingly prominent in contemporary conflicts and debates. The study of the Bible and Christian origins is highly pertinent to understanding such issues- largely due to the modern discipline of biblical studies having developed in the context of Western Europe, concurrent with the emergence of various racial and imperial ideologies. The essays in this volume discuss both historical facets of ethnicity and race in antiquity, and also the scholarly ideologies (and racial presuppositions) that have shaped biblical interpretation, in order to propose ways in which biblical studies might escape its enmeshment in Western (and often racist) notions of ethnicity, race, empire, nationhood and religion. .

The contributors address the topics of ethnic fluidity, and Jewish and Christian identities, in antiquity, critique perspectives on these issues in Western European and North American scholarship from the nineteenth-century until today, and bring fresh perspectives and proposals from other global contexts. Covering issues ranging from Bible translation to racial stereotyping and contexts as diverse as the Philippines, Botswana, Norway, Germany, Britain and the USA , this volume is vital not only for biblical scholars but those interested in debates concerning Christian, Jewish and Muslim identities today.

David Horrell is the Director of the Centre for Biblical Studies at the University of Exeter, UK.