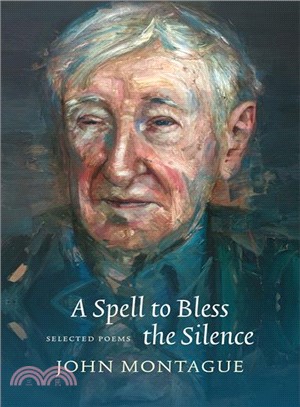 As one of the groundbreaking poets from Ulster, John Montague was significant in the development of postwar Irish, British, and American poetry. His early poems reflect the political and sectarian divide of his native County Tyrone, explore his Catholic upbringing, and moving record a ritualized lifestyle that in Ireland has been fast fading from view. In later years, Montague’s American and European interests became as apparent as his Irish ones, making him a bridge to the younger generation of Irish poets. Undertaken by Montague and Elizabeth Wassell prior to the poet’s death in December 2016, this selection includes work from fourteen volumes written over more than fifty years. With a preface by Wassell
John Montague was born in Brooklyn, New York, in 1929. He was educated at University College, Dublin, where he received his BA and MA degrees. In 1955 he received an MFA from the University of Iowa. He has received many awards, including a Guggenheim Fellowship. He is the author of numerous collections and an editor of anthologies. He has also published a book of stories, Berkeley’s Telephone and Other Fictions (Lilliput Press, 2000). Wake Forest is the publisher of his last ten volumes, including his most recent, Speech Lessons (2012).?
PrevNext