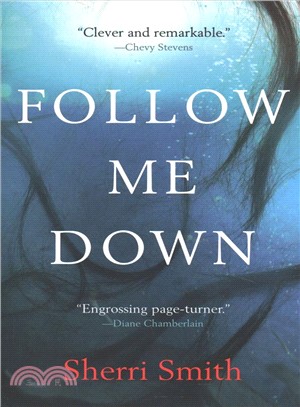 Follow Me Down is a rare find—a gutsy, visceral, and beautifully crafted psychological thriller that Diane Chamberlain called "an engrossing page turner [that] will keep you guessing right up to the delicious ending" from talented new author Sherri Smith.

Mia Haas has built her life far from the North Dakota town where she grew up, but when she receives word that her twin brother is missing, she is forced to return home. Back to the people she left behind, the person she used to be, and the secrets she thought she’d buried.

Once hailed as the golden boy of their town, and now a popular high school teacher, Lucas Haas disappears the same day the body of one of his students is pulled from the river. Trying to wrap her head around the rumors of Lucas’s affair with the teen, and unable to reconcile the media’s portrayal of Lucas as a murderer with her own memories of him, Mia is desperate to find another suspect.

All the while, she wonders: If he’s innocent, why did he run?

As Mia reevaluates their difficult, shared history and launches her own investigation into the grisly murder, she uncovers secrets that could exonerate Lucas—or seal his fate. In a small town where everyone’s lives are intertwined, Mia must confront her own demons if she wants to get out alive.

When not writing, SHERRI SMITH spends time with her family and two rescue dogs, and restores vintage furniture that would otherwise be destined for the dump. She lives in Winnipeg, Canada where the long, cold winters nurture her dark side. Follow Me Down is her first thriller.
PrevNext