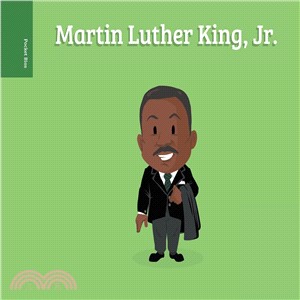 Martin Luther King, Jr., one of the most prominent leaders of the civil rights movement, is best known for his dedication to nonviolent resistance and civil disobedience. He received the Nobel Peace Prize for his efforts in combating racial inequality and organized many notable events such as the Montgomery bus boycott and Selma-to-Montgomery marches. He posthumously received the Presidential Medal of Freedom and Congressional Gold Medal, and is an international icon to this day.

Pocket Bios are full of personality, introducing readers to fascinating figures from history with simple storytelling and cheerful illustrations. Titles include men and women from history, exploration, the sciences, the arts, the ancient world, and more.