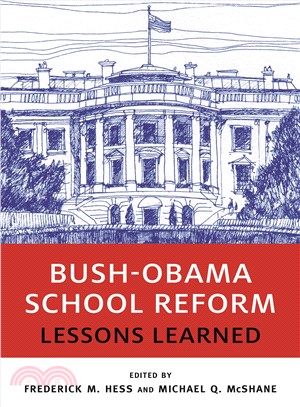 Frederick M. Hess and Michael Q. McShane have gathered a diverse group of scholars to examine the shifting federal role in education across the presidential administrations of George W. Bush and Barack Obama. While the administrations were vastly different, one thing remained constant: an ongoing and significant expansion of the federal role in education. Moreover, many of the key principles underlying federal reform remained consistent: an emphasis on standards- and test-based accountability; teacher quality as measured by test scores; school choice; and the importance of research in evaluating improvement initiatives.

Rather than evaluating the merits of particular reforms, the book’s contributors look at how federal involvement shaped the ways these initiatives were taken up—and by whom—as well as the sources and contours of political resistance. The contributors address a wide range of topics, from standards and accountability to charter schools to the federal role in education research and the civil rights paradigm as a way of framing education issues. The book pays special attention to the political dynamics that shaped the success or failure of prominent reform initiatives, including No Child Left Behind, Race to the Top, Common Core, and teacher evaluation, and each chapter concludes with a series of “Lessons Learned” that highlight key takeaways for moving forward.

By examining the federal role in education across two such different administrations and over a sustained period of time, Bush-Obama School Reform offers a wealth of insight into the factors that support or constrain an expanded federal role in a range of education reforms and provides invaluable guidance for a changing era.