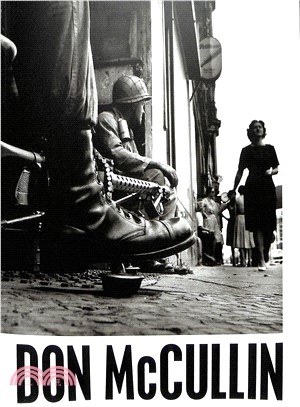 Don McCullin (b. 1935) is an internationally acclaimed British photojournalist, best known for his war photography and images of urban strife. A Londoner, McCullin began documenting his local community. In 1958, his photograph The Guvnors, a portrait of a notorious Finsbury Park gang involved in the murder of a police officer, was published in the Observer, launching his career as a photojournalist. McCullin went on to become a well-known war correspondent, recognized for his iconic images taken on assignment in Vietnam, Cyprus, Lebanon, and Biafra. He has continued to document poverty in Britain and more recently has turned to landscape photography. This book celebrates McCullin’s work over the decades, including color photographs taken on assignment for the Sunday Times magazine that have rarely been seen.

Simon Baker is director of the Maison Européenne de la Photographie, Paris, France, and Shoair Mavlian is director of Photoworks, Brighton, UK. Both are formerly curators at Tate.