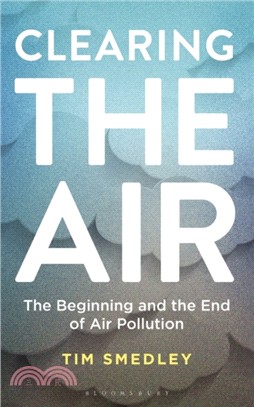 Air pollution has become the world's single biggest environmental health risk, and science has only recently begun to reveal its wide-ranging effects. Around the world, nine out of ten people now breathe air containing high levels of pollutants. Globally, 19,000 people die each day from air pollution.

The annual number of deaths seven million is far greater than those from HIV/AIDS, tuberculosis, malaria and car accidents combined. Whilst living in London, sustainability journalist Tim Smedley became concerned by the escalating headlines regarding air pollution levels, and also by how little he knew about it. Outdoor air pollution was shortening his life and potentially that of his young family and yet he, and the city around him, carried on oblivious.

In a bid to understand more, he travelled to several major world cities dealing with severe air pollution problems, including Delhi, Beijing and Paris, to speak to the scientists and politicians leading the fight against air pollution, and to the people whose lives have been affected by it. Clearing the Air tells for the first time the full story of air pollution: what it is, which pollutants are harmful, where they come from and most importantly what we can do about them. It is time to find out what s happened to the air we breathe.

Air pollution is a problem that can be solved. This book carries an empowering message: the overwhelming majority of air pollutants are local, short-lived, and can be stopped at source; the benefits to health can be instant and dramatic. The stories uncovered on Tim s journey show how the fightback against air pollution can and does work.

We can all play a part to clear our air.