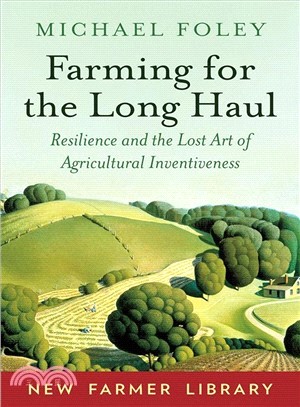 It’s all but certain that the next fifty years will bring enormous, not to say cataclysmic, disruptions to our present way of life. World oil reserves will be exhausted within that time frame, as will the lithium that powers today’s most sophisticated batteries, suggesting that transportation is equally imperiled. And there’s another, even more dire limitation that is looming: at current rates of erosion, the world’s topsoil will be gone in sixty years. Fresh water sources are in jeopardy, too. In short, the large-scale agricultural and food delivery system as we know it has at most a few decades before it exhausts itself and the planet with it.

Farming for the Long Haul is about building a viable small farm economy that can withstand the economic, political, and climatic shock waves that the twenty-first century portends. It draws on the innovative work of contemporary farmers, but more than that, it shares the experiences of farming societies around the world that have maintained resilient agricultural systems over centuries of often-turbulent change. Indigenous agriculturalists, peasants, and traditional farmers have all created broad strategies for survival through good times and bad, and many of them prospered. They also developed particular techniques for managing soil, water, and other resources sustainably. Some of these techniques have been taken up by organic agriculture and permaculture, but many more of them are virtually unknown, even among alternative farmers. This book lays out some of these strategies and presents techniques and tools that might prove most useful to farmers today and in the uncertain future.