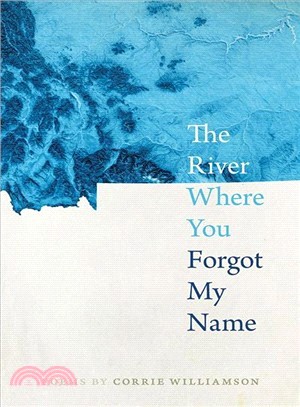 The River Where You Forgot My Name travels between early 1800s Virginia and Missouri and present-day western Montana, a place where “bats sail the river of dark.” In their crosscutting, the poems in this collection reflect on American progress; technology, exploration, and environment; and the ever-changing landscape at the intersection of wilderness and civilization.

Three of the book’s five sections follow poet Corrie Williamson’s experiences while living for five years in western Montana. The remaining sections are persona poems written in the voice of Julia Hancock Clark, wife of William Clark, who she married soon after he returned from his western expedition with Meriwether Lewis. Julia lived with Clark in the then-frontier town of St. Louis until her early death in 1820. She offers a foil for the poet’s first-person Montana narrative and enriches the historical perspective of the poetry, providing a female voice to counterbalance the often male-centered discovery and frontier narrative.

The collection shines with all-too human moments of levity, tragedy, and beauty such as when Clark names a river Judith after his future wife, not knowing that everyone calls her Julia, or when the poet on a hike to Goldbug Hot Springs imagines a mercury-poisoned Lewis waking “with the dawn between his teeth.”  Williamson turns a curious and critical eye on the motives and impact of expansionism, unpacking some of the darker ramifications of American hunger for land and resources. These poems combine breathtaking natural beauty with backbreaking human labor, all in the search for something that approaches grace.

Corrie Williamson is a poet and teacher in Montana. Her first book, Sweet Husk, won the 2014 Perugia Press Prize. She has been nominated twice for the anthology Best New Poets and received the James Boatwright III Prize for Poetry from the journal Shenandoah. Her poems have appeared in TriQuarterly, West Branch, AGNI, and the Missouri Review, among others.