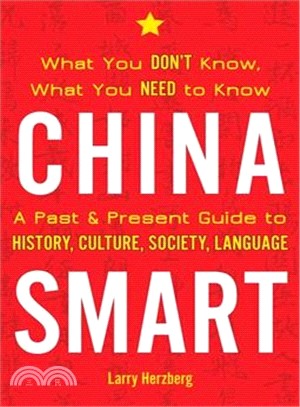 How is China organized politically? What are the issues that young people face in today's China? What is China doing about its problem with pollution? Is the Chinese internet like our internet? What's China's role in the world today? And how much do you know about China's great woman emperor or the Chinese explorer whose voyages may have inspired the legend of Sinbad the Sailor? What are the major Chinese holidays, their superstitions regarding numbers, and the true nature of the Chinese written language?

In nearly 60 brief essays, long-time China expert Larry Herzberg tackles important facts and myths about China, its history, people, and culture, as well as its contemporary society. Anyone dipping into this book will emerge that much smarter about China, whether visiting, conducting business, studying the language, or simply being fascinated by one of the world's greatest and most influential civilizations.

Larry Herzberg studied Chinese for five years at Vanderbilt University before doing his Master's and Ph.D. work in Chinese Language and Literature at Indiana University. In 1980 he founded the Chinese Language Program at Albion College and then did the same at Calvin College in 1984. For the past three decades he has taught the Chinese language at the college level. He is author of Speak and Read Chinese and along with his wife, Qin Xue Herzberg, of China Survival Guide, Basic Patterns of Chinese Grammar, Chinese Proverbs and Popular Sayings (all from Stone Bridge Press), and A Writing Guide for Learners of Chinese (Yale University Press).
PrevNext