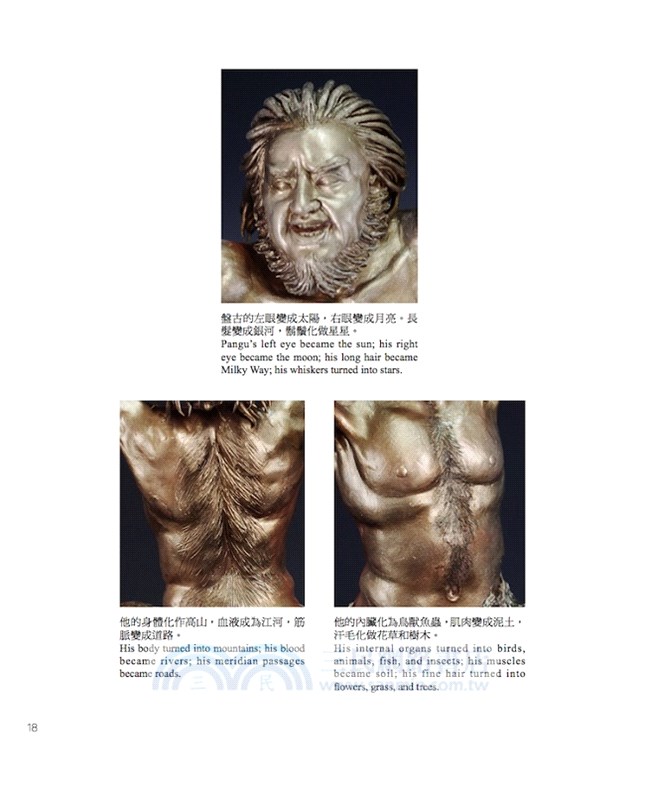 PANGU CREATOR OF UNIVERSE
Pangu is the creator of universe in Chinese mythology. In the beginning, there were no sky, earth, or anything. The universe was in a chaotic state. The first human being, called Pangu, was formed. Pangu was unwilling to be surrounded permanently by the endless haze and chaos, so he hatched out the sky and the earth with his stone axe by separating the clear sky from the dense earth. Pangu stood on earth and holding the sky with his other hand for support. Millions of years had passed as his body grew bigger and bigger, making the distance between the sky and the earth further apart. Eventually he tired to death. Then the universe began to evolve, so did Pangu’s body. Pangu’s left eye became the sun; his right eye became the moon; his long hair became Milky Way; his whiskers turned into stars. His body turned into mountains; his blood became rivers; his meridian passages became roads. His hands and feet marked the orientation of East, South, West, and North.