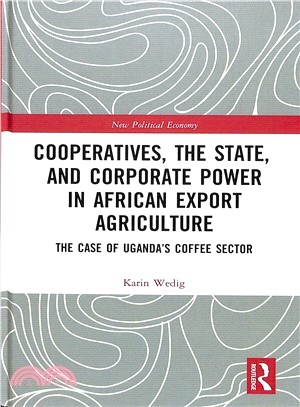 Agriculture is a major contributor to Africa’s GDP, the region’s biggest source of employment and its largest food producer. However, agricultural productivity remains low and buyer-driven global value chains offer few opportunities for small producers to upgrade into higher value-added activities. In recent years, the revival of Africa’s cooperatives has been celebrated by governments and international donors as a pathway towards inclusive agricultural development, and this book explores the strengths but also the issues which surround these cooperatives.

The book scrutinizes the neoliberal ideal of economic prosperity arising through the operation of liberalized labor markets by illuminating the discriminatory nature of Uganda’s informal labor relations. It points to the role of cooperatives as a potential instrument of progressive change in African export agriculture, where large numbers of small producers depend on casual wage work in addition to farming. In contrast to the portrayal, advanced by some governments and rarely questioned by donors, of an unproblematic co-existence of small producers’ collective action and big capital interests, the author calls for a re-politicized debate on the Social and Solidarity Economy. As part of this, she highlights the adverse political and economic conditions faced by African cooperatives, including intense international competition in agricultural processing, inadequate access to infrastructure and services, and at times antagonistic state-cooperative relations.

Supported by wide-ranging interdisciplinary evidence, including new ethnographic, survey and interview data, this book shows how cooperatives may be co-opted by both the state and corporations in a discourse that ignores structural inequalities in value chains and emphasizes poverty reduction over economic and political empowerment. It provides a critique of New Institutional Economics as a framework for understanding how institutions shape redistribution, and develops a political economy approach to explore the conditions for structural change in African export agriculture.