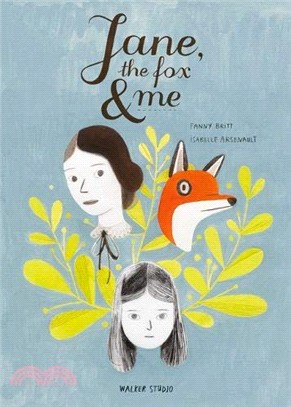 An emotionally truthful and visually stunning graphic novel about solace and redemption.

Helene is not free to hide from the taunts of her former friends in the corridors at school. She can't be invisible in the playground or in the stairways leading to art class. Insults are even scribbled on the walls of the toilet cubicles. Helene smells, Helene's fat, Helene has no friends ... now. When Helene's heart hammers in her chest as Genevieve snickers at the back of the bus, inventing nasty things to say about her, Helene dives into the pages of her book Jane Eyre by Charlotte Bronte. And, in the solace she finds there, Helene's own world becomes a little brighter. But how will the story end? Is there any hope for the wise, strange, plain Jane Eyre? How could Mr Rochester ever love her? On nature camp, arranged by the school as a treat, Helene finds herself in the tent of other outcasts. Again, her inner and outer worlds become entangled as she reads on – this time putting herself into Jane Eyre's shoes. It would be impossible for Mr Rochester to marry a sausage in a swimsuit, even if he loved her. Wouldn't it? But, while deeply lost in self-doubt, Helene's world is unexpectedly shaken up by a fresh new friendship. Geraldine snorts with laughter at her jokes! They love being together! Helene begins to worry less about what the cruel girls think – and more about how happy she can be (and make others)... Perhaps Jane Eyre's story will end well after all, too.