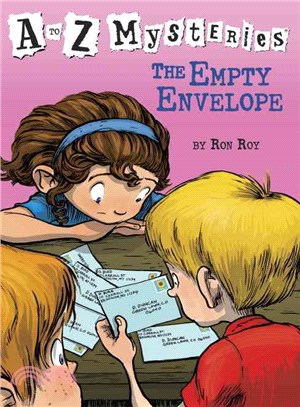 The Empty Envelope (9780679890546)
Dink keeps getting envelopes in the mail addressed to “D. Duncan.” But the letters inside all start with “Dear Doris” and don’t make any sense! Josh and Ruth Rose think someone’s playing a trick on Dink. But Dink is sure there’s more to it than that, especially after Doris herself shows up and demands her letters!

The Falcon’s Feathers (9780679890553)
When Josh discovers a nest of young falcons in the forest, he, Dink, and Ruth Rose start visiting every day. Until the morning they find it empty! Then the kids discover a wounded falcon with its wing feathers clipped. Can they figure out what’s going on before it’s too late to save the falcons?

The Goose’s Gold (9780679890782)
When Dink, Josh, and Ruth Rose go to Florida on vacation, they hear that someone’s found an old shipwreck. Two divers are collecting donations to bring up the loot. They promise to share whatever they find, but is this too good to be true?