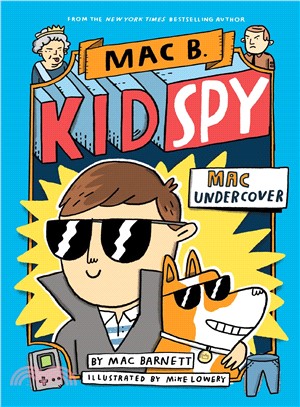 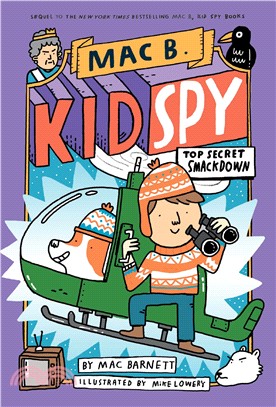 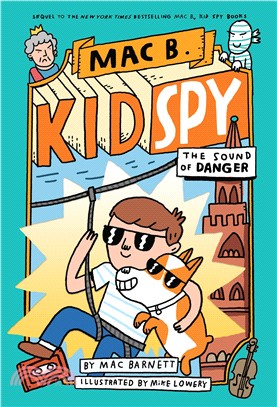 James Bond meets Diary of a Wimpy Kid with this groundbreaking new fully-illustrated chapter book series Mac B., Kid Spy. The precious Crown Jewels have been stolen, and there's only one person who can help the Queen of England: her newest secret agent, Mac B. Mac travels around the globe in search of the stolen treasure...but will he find it in time?

From secret identities to Karate hijinks, this fast-paced, witty and historically inspired chapter book will keep readers guessing until the very last page. With full-color illustrations and fascinating historical facts masterfully sprinkled throughout, this series offers adventure, intrigue, absurdity, history and humor. Discover this totally smart and side-splittingly funny new series, and experience what it's really like to be a kid spy.

Before Mac Barnett was an author, he was a kid. And while he was a kid, he was a spy. Not just any spy. But a spy...for the Queen of England.

The Crown Jewels are in danger... again! When the jewels go missing from inside a locked room, Mac's spy skills are put to the test. How did the thief break in? Where did the jewels go? And will Mac be able to solve this locked room mystery before the thief escapes? This mystery isn't just a whodunit... it's a howdunit!

Ravens have been stolen from the Tower of London! Mac B.'s top-secret mission? Travel to Iceland and retrieve the ravens... or Britain is ruined!

The Queen of England calls on Mac B. once again! This time, Mac must crack a secret code that has been recovered from a double agent. A series of clues leads Mac to France, and then to Japan, where he comes face-to-face with his arch-nemesis, the KGB man... and the world headquarters of Nintendo! Is the KGB Man secretly behind all of this? And are Mac's video game skills good enough to facedown his enemy at the Video Game World Championships?

England is in trouble! A priceless violin has been stolen, and there's only one person who can help: Mac B., kid spy. Mac's adventure takes him on a top-secret museum night watch, zip-lining in Italy with his trusty corgi sidekick, and on an undercover mission in the heart of enemy territory. But when he ends up as a captured prisoner, is the mission lost for good?

The Queen of England calls on her trusty spy, Mac B., once again. This time, Mac must navigate secret tunnels beneath the Berlin Wall in order to retrieve cheat codes from a Soviet scientist. Floppy disk in hand, our hero finds himself trapped in East Germany, stuck between the wall and the Stasi. How will he escape? Well it is 1989, and walls do fall down.