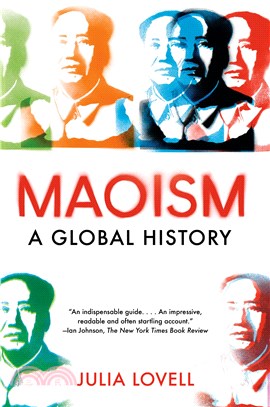 The untold story of how Maoist ideology spread throughout the world during the Cold War, playing a major role in shaping politics from Asia to Africa to the American Left.

This revelatory new work of world history challenges our understanding of the geopolitics of the twentieth century. While the Cold War is traditionally seen as a competition between Soviet Communism and American capitalism, Maoism: A Global History shows for the first time how China played a central role in the struggle. Julia Lovell takes us to the movement’s birth in northwest China in the 1930s and makes clear how, across the globe, Maoism was a crucial motor of the Cold War, shaping the course of the Vietnam War (and the international youth rebellion it triggered) and bringing to power the Khmer Rouge in Cambodia. Maoism also inspired anticolonial resistance movements in Africa; terrorism in Germany and Italy; and wars and insurgencies in Peru, India, and Nepal, some of which are still with us today—more than forty years after Mao’s death. Moving from the tea plantations of India to the Andes, from Paris’s Fifth Arrondissement to Tanzania, from the rice paddies of Cambodia and the Chicago protests of 1968 to the present-day violent rebirth of the ideology, this is the definitive history of global Maoism.