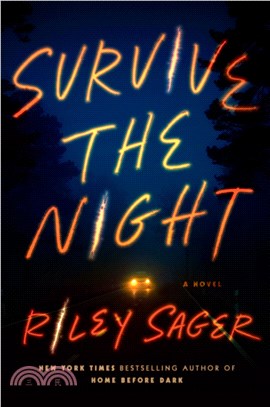 It’s November 1991. George Bush is in the White House, Nirvana’s in the tape deck, and twenty-year-old Charlie Jordan is in a Pontiac Grand Am being driven by a serial killer.

When Charlie’s best friend is the third victim of a serial killer targeting college students, she decides to leave campus. Through a ride board, she connects with Josh Baxter, who will give her a ride from Pennsylvania to Ohio, where he is headed to care for his sick father. As their night of driving unfolds, Charlie feels like something is not right about Josh—and then, it becomes sickeningly clear that a lot of things aren’t right. Josh’s driver’s license has a different name on it, his stories don’t add up, and there is a knife in the glove compartment. Almost certain she’s sharing a car with the Campus Killer, Charlie knows she needs to get away from Josh and alert the police. As Charlie plans her escape, she begins to suspect that Josh knows exactly what she’s thinking—and that she could very well end up becoming his next victim.

What follows is a game of cat and mouse played out on night-shrouded roads and in neon-lit parking lots, during an age when the only call for help can be made on a pay phone and in a place where there’s nowhere to run. In order to win, Charlie must do one thing—survive the night.