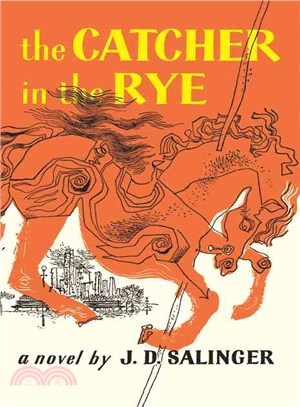 J. D. Salinger's famous and enduring chronicle of Holden Caulfield's journey from innocence to experience is the quintessential coming-of-age novel--though it's an unusual one, in which the hero tries to cling to the simplicity of childhood, achieving a kind of maturity almost in spite of himself. As the novel begins, Holden runs away from his stifling prep school, which is full of "phonies" and where he has, in fact, flunked out. Holing up in a New York City hotel, he has a series of small adventures and missed opportunities, all of which emphasize his loneliness and alienation from the world. A visit to his kid sister Phoebe (in which he memorably articulates his confused notion of being a "catcher in the rye") provides a ray of hope for Holden, as do the ducks in Central Park that he worries about so compulsively: though they do indeed disappear in the winter, they return in the spring. The novel's final image, of Phoebe riding the carousel in the park while her brother looks on, in tears, holds out the idea that there may be a future for Holden as well. Salinger's 1951 novel was a bestseller and became an immediate cult favorite, but it has also, over the years, been subject to criticism and even censorship because of its liberal use of profanity, its frank conversations about sex (though no actual sex takes place), and its generally irreverent view of the adult world.