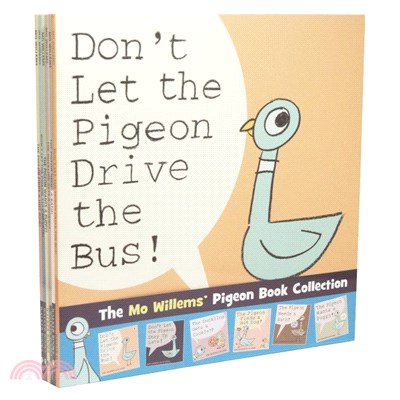 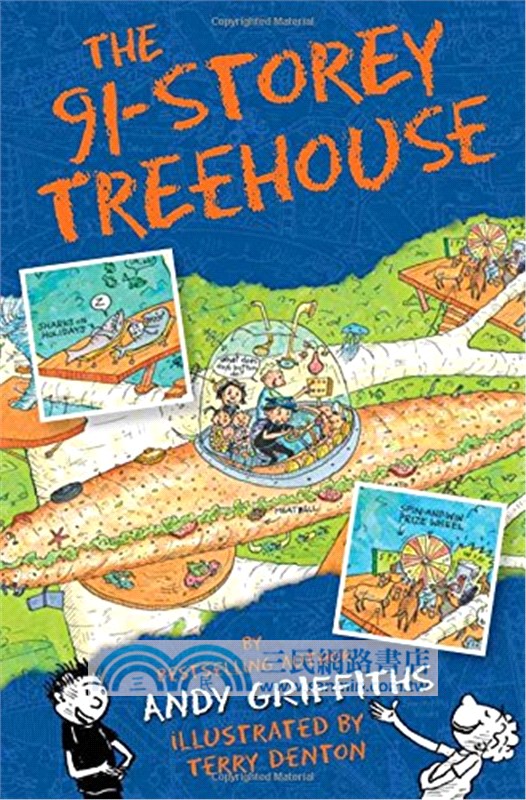 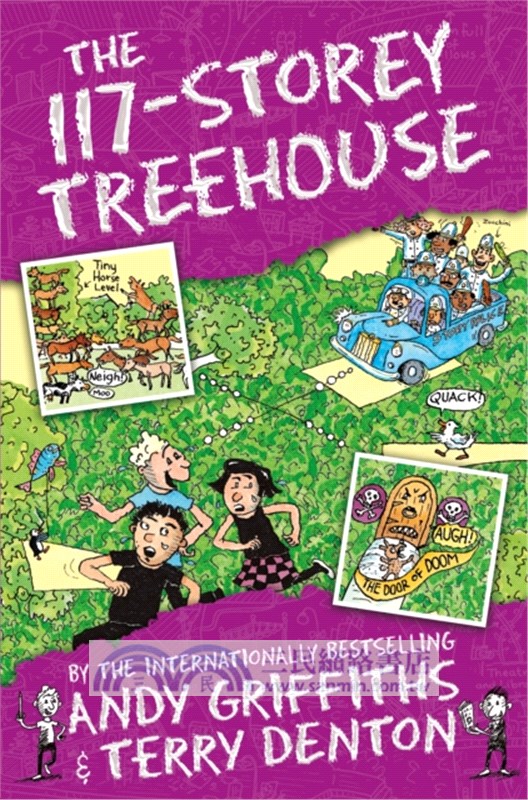 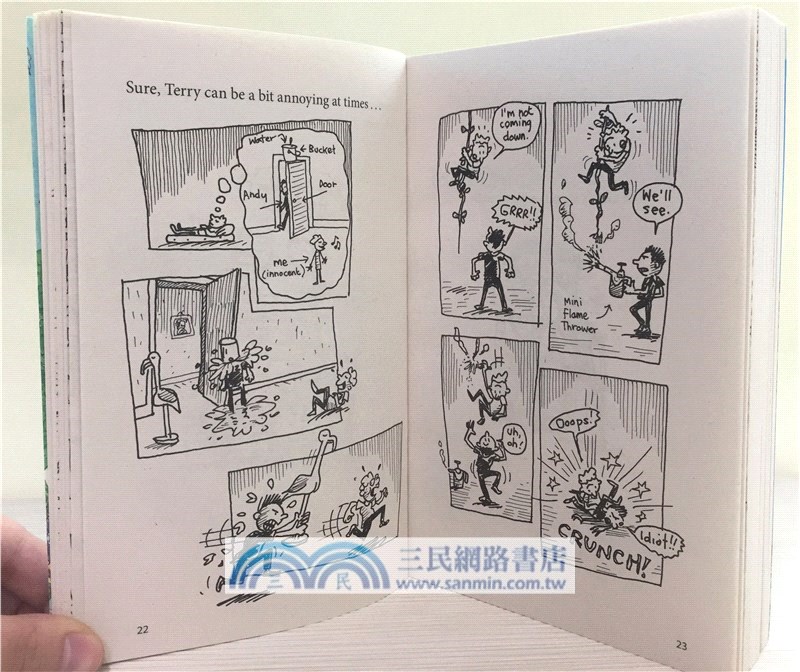 1. Don't Let the Pigeon Drive the Bus! 9781844285136
When the driver leaves the bus temporarily, he gives the reader just one instruction: "Don't let the pigeon drive the bus!" But, boy, that pigeon tries every trick in the book to get in that driving seat: he whines, wheedles, fibs and flatters. Will you let him drive? Told entirely in speech bubbles, this is a brilliantly original book.

2. Don't Let the Pigeon Stay Up Late!  9781406308129
It's getting late and the bus driver is going to brush his teeth and get ready for bed. Will you do him a favour while he is gone – don't let the pigeon stay up late! But this pigeon is wide awake: he isn't even tired – in fact he's in the mood for a hot-dog party! So will YOU let him stay up late?

He has whined, wheedled, fibbed and hollered his way through many books. He wanted to drive the bus, he demanded a puppy, he pleaded for a hot dog party... But now, in a fantastic new title from Mo Willems, along comes Duckling, with bright twinkling eyes and impeccable manners. She asks for a cookie and what does she get? A cookie, of course! The Pigeon is outraged! Incensed! How could this have happened? HOW is it possible that this duckling gets a cookie?! Well, because she asked. Nicely.

4. The Pigeon Finds a Hot Dog!  9781844285457
The pigeon's back! When the pigeon discovers a delicious hot dog, he can hardly wait to shove the entire thing in his beak. But then a hungry, clever little duckling enters the scene and wants a bite. Will he manage to outsmart the pigeon and get his share of the hot dog? Oh, yes.

Smell? What smell? I don t smell. YOU smell. The Pigeon needs a bath! Except, well, the Pigeon's really not so sure about that... Besides, he took a bath last month! Maybe. It looks like it's going to take some serious convincing to get the Pigeon to take the plunge!

Mo's Pigeon encompasses all the melodrama that most 4 years olds muster on a daily occasion including ... trying to avoid bathtime!

6. The Pigeon Wants a Puppy!  9781406315509
Would YOU let the Pigeon have a puppy? He’s wanted one for ever (at least since last Tuesday). But the Pigeon is in for a shock – having his very own puppy is not quite as wonderful as he thought it would be…! 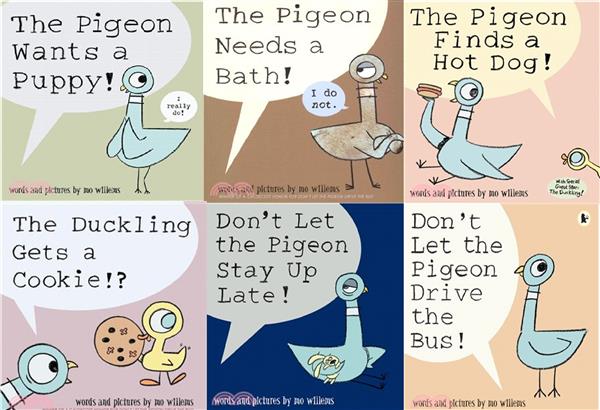