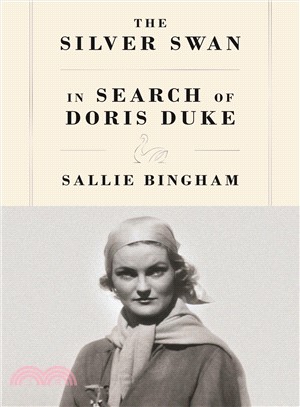 The definitive biography of Doris Duke, the legendary defiant and notorious tobacco heiress and philanthropist, from renowned author Sallie Bingham.

As the founder of the Archive for Women’s History and Culture at Duke University’s Perkins Library, Sallie Bingham has been granted unprecedented access to the Doris Duke archive to present the life of this remarkable and complex woman.

The inheritor of James Buchanan Duke’s billion dollar tobacco fortune, Doris was a shrewd businesswoman who tripled her father’s wealth. Over the course of her life, she would become infamous for successfully suing her own mother at age twelve, establishing her first foundation at twenty-one, and cultivating friendships with Jackie Kennedy, Imelda Marcos, and Michael Jackson. With a strength of character forged during the Jazz Age, Duke took foreign lovers, worked as an early war correspondent, collected Islamic art, fought for the environment, surfed, and adopted a thirty-two- year old woman she believed to be the reincarnation of her deceased daughter.

Spirited and perceptive, this biography dissects the stereotypes that have defined Duke’s story while confronting those disturbing questions that cleave to her legacy. Doris Duke chronicles one of the great under-explored lives of the twentieth century and the very archetype of a modern woman.

Sallie Bingham is the author of several memoirs, short-story collections, novels, plays, and poetry collections, and her work has been widely anthologized and has appeared in The Atlantic, New Letters, Southwest Review, and other publications. She has been a director of the National Book Critics Circle and is the founder of the Kentucky Foundation for Women, as well as the Sallie Bingham Center for Women’s History and Culture at Duke University. She has received fellowships from Yaddo, MacDowell Colony, and the Virginia Center for the Creative Arts.
PrevNext