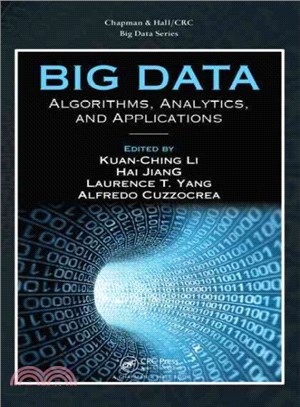 "Data are generated at an exponential rate all over the world. Through advanced algorithms and analytics techniques, organizations can harness this data, discover hidden patterns, and use the findings to make meaningful decisions. Containing contributions from leading experts in their respective fields, this book bridges the gap between the vastness of big data and the appropriate computational methods for scientific and social discovery. It also explores related applications in diverse sectors, coveringtechnologies for media/data communication, elastic media/data storage, cross-network media/data fusion, SaaS, and more"--

Kuan-Ching Li is a professor in the Department of Computer Science and Information Engineering at Providence University, Taiwan. He was department chair in 2009, has been special assistant to the university president since 2010, and was appointed vice dean for the Office of International and Cross-Strait Affairs (OIA) in 2014. He earned a PhD in 2001 from the University of Sao Paulo, Brazil.

Dr. Li is the editor in chief of the technical publications International Journal of Computational Science and Engineering (IJCSE),International Journal of Embedded Systems (IJES), and International Journal of High Performance Computing and Networking (IJHPCN), all published by Interscience. He also serves on a number of journals’ editorial boards and guest editorships. In addition, he has been acting as editor/coeditor of several technical professional books, published by CRC Press and IGI Global. His topics of interest include networked computing, GPU computing, parallel software design, and performance evaluation and benchmarking. Dr. Li is a member of the Taiwan Association of Cloud Computing (TACC), a senior member of the IEEE, and a fellow of the IET.

Hai Jiang is an associate professor in the Department of Computer Science at Arkansas State University, United States. He earned a BS at Beijing University of Posts and Telecommunications, China, and MA and PhD degrees at Wayne State University. His research interests include parallel and distributed systems, computer and network security, high-performance computing and communication, big data, and modeling and simulation.