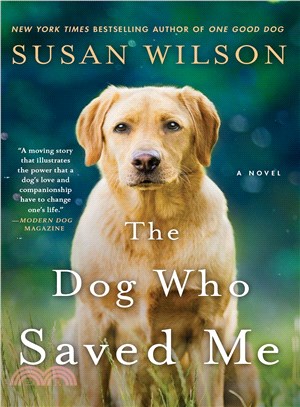 Cooper Harrison, a member of the Boston K-9 unit, never thought he would ever go back to his hometown, Harmony Farms. But when his faithful canine partner, Argos, is killed in the line of duty, Cooper finds himself mired in grief. Jobless, on the verge of divorce, and in a self-destructive rut, Cooper has little choice but to accept an offer for the position of animal control officer in Harmony Farms.

And so he finds himself back where he started. Where his father, Bull, was once known as the town drunk. Where his brother, Jimmy, was a delinquent and a bully. Where he grew up as "one of those" Harrisons. Forced to face the past while dealing with the present--including his brother's continued involvement in the drug business--Cooper does his job with deliberate detachment, refusing to get emotionally invested in another dog the way he had with Argos. Until he finds himself rescuing a wounded and gun-shy yellow lab gone feral...

Cooper never thought he'd find himself going back in order to move forward, yet Harmony Farms is the one place where Cooper must learn to forgive and, only then, heal. All with the help of a yellow dog, who has a history--and secrets--that Cooper must uncover.

"Superior. A moving tale about canine healing power." --Booklist on The Dog Who Saved Me

SUSAN WILSON is the author of nine novels, including the bestselling The Dog Who Danced andOne Good Dog. She lives on Martha's Vineyard.
PrevNext