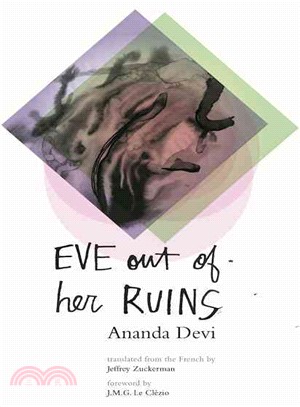 With brutal honesty and poetic urgency, Ananda Devi relates the tale of four young Mauritians trapped in their country's endless cycle of fear and violence.Eve out of Her Ruins is a heartbreaking look at the Mauritius tourists don't see, and an exploration of the construction of personhood at the margins of society.
Ananda Devi was born in 1957 in Trois-Boutiques, Mauritius, an island notable for its confluence of diverse ethnic, cultural, and linguistic identities. She studied ethnology and anthropology, and completed a doctoral thesis at SOAS in London. After several years in the Congo, she moved to Switzerland in 1989. She has published eleven novels as well as short stories and poetry over her entire career. Eve Out of Her Ruins, originally published by the prestigious Gallimard publishing house in France in 2006, was an enormous critical and popular success, winning the Prix des cinq continents de la francophonie for the best novel of the year written in French, previously won by such writers as Alain Mabanckou and Mathias Enard. She was made a Chevalier des Arts et des Lettres by the French Government in 2010. Her first novel in English, Indian Tango, was published by Host Publications in 2011. Devi has participated in numerous literary festivals in the US, Europe, and India, and her works have been translated into numerous languages.

Jeffrey Zuckerman is Digital Editor at Music & Literature magazine and a translator from French. He has served on the 2016 jury for the PEN Translation Prize, and his translation of Antoine Volodine’s Radiant Terminus is forthcoming from Open Letter Books in 2017. His writing and translations have appeared in Best European Fiction, the Los Angeles Review of Books, the Paris Review Daily, the New Republic, and VICE.

Jean-Marie Gustave Le Clézio was born in 1940 in Nice, France, but both parents had strong family connections with the former French colony of Mauritius. He is president and long-standing member of the prize jury for the Prix des cinq continents de la francophonie (awarded to Ananda Devi’s Eve Out of Her Ruins in 2006), and he was awarded the Nobel Prize for Literature in 2008.
PrevNext