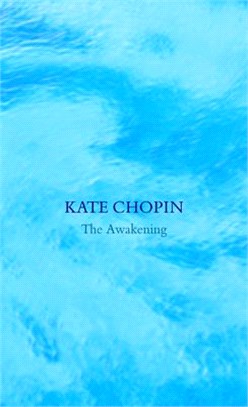 Part of the Legend Classics series, an American feminist classic

"The bird that would soar above the level plain of tradition and prejudice must have strong wings. It is a sad spectacle to see the weaklings bruised, exhausted, fluttering back to earth."

The Awakening follows Edna Pontellier, a resident of coastal Grand Isle of Louisiana in her late twenties, who has a quintessential set-up for a content housewife. Indeed, her husband makes good money on Wall Street speculations and her daily routine should gleefully hinge on the two children. But Edna is neither a self-sacrificing mother, nor a devoted wife. Instead, she is gradually awoken to rebel against the imposed societal expectations outside her family and the lack of understanding within. Edna is desperate to find her place being surrounded by the two extremes. On the one hand, she finds selfless Madame Ratignolle, who is a model wife. On the other, there is dejected Mademoiselle Reisz, who pursues her artistic aspiration in solitude. Edna realizes that she is not a possession and has to take charge of her life. She rejects the money of her husband and being suffocated in their big house decides to rent a flat to escape the status of mere possession. She explores her sexuality with a womanizer Alcee and seems to find real intimate understanding with a young man Robert Lebrun. Will this awakening predetermine her ultimate happiness or signpost personal tragedy? Will the duality of the 'outward existence' and 'inward life' be reconciled for Edna to signify her emancipation?

This short novel is widely acknowledged as such that encapsulates the features of fin de si鋃le realism in its linear narrative but also anticipates literary modernism of the early twentieth century. Edna's defiance of the American alternative of Victorian 'Angel in the House' is reminiscent of such classics as Anna Bront?s Tenant of the Wildfell Hall. The Awakening also precurses modernist works where the heroines look for the self - namely, Mrs Dalloway, Their Eyes Were Watching God and The Bell Jar. The condensed and intense prose style gives the novel a cryptic charm in line with Fitzgerald's classic The Great Gatsby. Besides, vivid natural symbolism of water, birds and the moon is the calling card of the novel that enhances its level of ambiguity and multivalence.

The Legend Classics series:
Around the World in Eighty Days
The Adventures of Huckleberry Finn
The Importance of Being Earnest
Alice's Adventures in Wonderland
The Metamorphosis
The Railway Children
The Hound of the Baskervilles
Frankenstein
Wuthering Heights
Three Men in a Boat
The Time Machine
Little Women
Anne of Green Gables
The Jungle Book
The Yellow Wallpaper and Other Stories
Dracula
A Study in Scarlet
Leaves of Grass
The Secret Garden
The War of the Worlds
A Christmas Carol
Strange Case of Dr Jekyll and Mr Hyde
Heart of Darkness
The Scarlet Letter
This Side of Paradise
Oliver Twist
The Picture of Dorian Gray
Treasure Island
The Turn of the Screw
The Adventures of Tom Sawyer
Emma
The Trial
A Selection of Short Stories by Edgar Allan Poe
Grimm Fairy Tales
The Awakening
Mrs Dalloway
Gulliver's Travels
The Castle of Otranto
Silas Marner
Hard Times