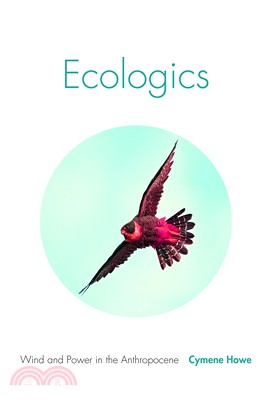 Between 2009 and 2013 Cymene Howe and Dominic Boyer conducted fieldwork in Mexico's Isthmus of Tehuantepec to examine the political, social, and ecological dimensions of moving from fossil fuels to wind power. Their work manifested itself as a new ethnographic form: the duograph—a combination of two single-authored books that draw on shared fieldsites, archives, and encounters that can be productively read together, yet can also stand alone in their analytic ambitions.

In her volume, Ecologics, Howe narrates how an antidote to the Anthropocene became both failure and success. Tracking the development of what would have been Latin America's largest wind park, Howe documents indigenous people's resistance to the project and the political and corporate climate that derailed its renewable energy potential. Using feminist and more-than-human theories, Howe demonstrates how the dynamics of energy and environment cannot be captured without understanding how human aspirations for energy articulate with nonhuman beings, technomaterial objects, and the geophysical forces that are at the heart of wind and power.
Cymene Howe is Associate Professor of Anthropology at Rice University and author of Intimate Activism: The Struggle for Sexual Rights in Postrevolutionary Nicaragua, also published by Duke University Press. Ecologics is one half of the duograph Wind and Power in the Anthropocene; Energopolitics, by Dominic Boyer, is the other half.
PrevNext