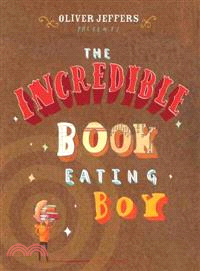 Like many children, Henry loves books. But Henry doesn?t like to read books, he likes to eat them. Big books, picture books, reference books . . . if it has pages, Henry chews them up and swallows (but red ones are his favorite). And the more he eats, the smarter he gets?he?s on his way to being the smartest boy in the world! But one day he feels sick to his stomach. And the information is so jumbled up inside, he can?t digest it! Can Henry find a way to enjoy books without using his teeth?

With a stunning new artistic style and a die-cut surprise, Oliver Jeffers celebrates the joys of reading in this charming and quirky picture book. It?s almost good enough to eat. 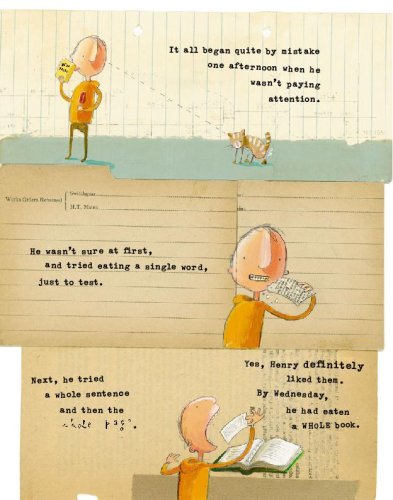 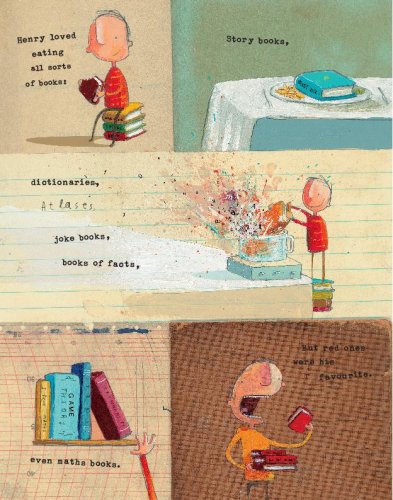 Oliver Jeffers (www.oliverjeffersworld.com) makes art and tells stories. His books include How to Catch a Star; Lost and Found, which was the recipient of the prestigious Nestle Children’s Book Prize Gold Award in the U.K. and was later adapted into an award-winning animated film; The Way Back Home; The Incredible Book Eating Boy; The Great Paper Caper; The Heart and the Bottle, which was made into a highly acclaimed iPad application narrated by Helena Bonham Carter; Up and Down, the New York Times bestselling Stuck; The Hueys in the New Sweater, a New York Times Best Illustrated Book of the Year; and This Moose Belongs to Me, a New York Times bestseller. Originally from Belfast, Northern Ireland, Oliver now lives and works in Brooklyn, New York.
PrevNext