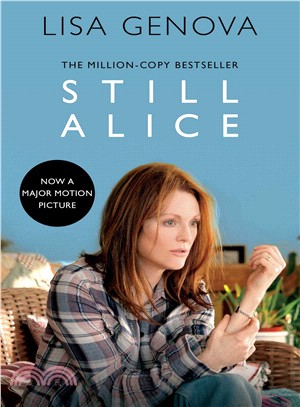 Alice Howland is proud of the life she worked so hard to build. At fifty, she's a cognitive psychology professor at Harvard and a renowned expert in linguistics, with a successful husband and three grown children. When she begins to grow forgetful and disoriented, she dismisses it for as long as she can until a tragic diagnosis changes her life - and her relationship with her family and the world around her - for ever.

Unable to care for herself, Alice struggles to find meaning and purpose as her concept of self gradually slips away. But Alice is a remarkable woman, and her family learn more about her and each other in their quest to hold on to the Alice they know. Her memory hanging by a frayed thread, she is living in the moment, living for each day. But she is still Alice. - See more at: http://books.simonandschuster.co.uk/Still-Alice/Lisa-Genova/9781471140822#sthash.qGRSWZeG.dpuf

Lisa Genova is the author of the New York Times bestsellers Love Anthony, Left Neglected, and Still Alice. Lisa graduated valedictorian from Bates College with a degree in biopsychology and holds a PhD in neuroscience from Harvard University. She travels worldwide speaking about Alzheimer's Disease, traumatic brain injury, and autism. She lives with her family in Massachusetts. - See more at: http://authors.simonandschuster.co.uk/Lisa-Genova/471624951#sthash.gRDoZVue.dpuf
PrevNext