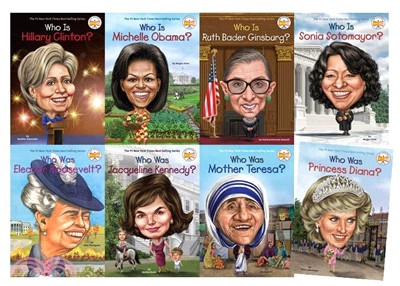 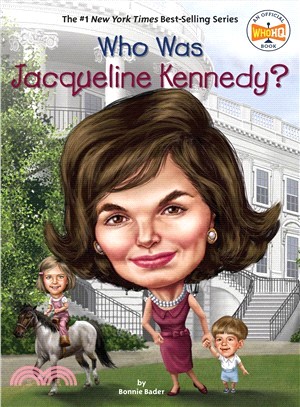 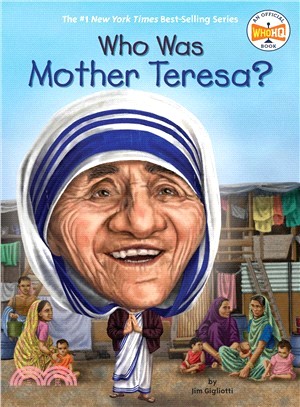 9780448490151 Who Is Hillary Clinton? 希拉蕊‧柯林頓
At age fourteen, Hillary Clinton thought it would be thrilling to become an astronaut, so she sent an application to NASA. The reply was a flat out rejection: the space program didn’t take women. It was a critical moment for the young girl, one that made her realize the world she lived in needed changing and that she had better try to make those changes happen. Clinton’s life has been a thrilling series of firsts—First Lady of the US, then first First Lady to become a US Senator, Secretary of State, and possibly the first woman to run as the Democratic candidate for President. This easy-to-read biography gives readers a firm grounding not only in Clinton’s life history but the history of the times in which she’s lived. It comes out as she makes her historic run for the White House.

9780448478630 Who Is Michelle Obama? 蜜雪兒‧歐巴馬
Born into a close knit family in Chicago, Michelle Robinson was a star student who graduated from Princeton and Harvard Law. Then in 1992, she married another promising young lawyer and the rest, as they say, is history. It is undeniable that President Barack Obama has changed the United States but so has Michelle Obama, the self proclaimed "Mom in Chief." This compelling, easy-to-read biography is illustrated by New Yorker artist John O'Brien.

9781524793531 Who Is Ruth Bader Ginsburg? 露絲．拜德．金斯伯格(RBG)
You’ve probably seen her on t-shirts, mugs, and even tattoos, well, now that famous face graces the cover of our latest Who Is? title.

Justice Ruth Bader Ginsburg is famous for her stylish collars (called jabots) and her commanding dissents. This opera-loving New Yorker has always spoken her mind; as a young lawyer, RBG advocated for gender equality and women’s rights when few others did. She gained attention for the cases she won when arguing in front of the Supreme Court, before taking her place on the bench in 1993. Author Patricia Brennan Demuth answers all the question about what makes RBG so notorious and irreplaceable

9780399541926 Who Is Sonia Sotomayor? 索尼婭‧索托馬約爾
The truly inspiring story of the first Latina Supreme Court Justice.

Outspoken, feisty, and fun, Sonia Sotomayor has managed to turn every struggle in life into a triumph. Born in the Bronx to immigrant parents from Puerto Rico, Sonia found out at age nine that she had diabetes, a serious illness now but an even more dangerous one fifty years ago. How did young Sonia handle the devastating news? She learned to give herself her daily insulin shots and became determined to make the most out of her life. It was the popular sixties TV show Perry Mason that made Sonia want to become a lawyer. Not only a lawyer, but a judge! Her remarkable career was capped in 2009 when President Barack Obama nominated her to the Supreme Court, only the third woman in the court's history and the first Hispanic. Stories of Sotomayor's career are hardly dry legal stuff—she once hopped on a motorcycle to chase down counterfeiters and was the judge whose ruling ended the Major League baseball strike in 1995.

9780448435091 Who Was Eleanor Roosevelt? 愛蓮娜‧羅斯福
For a long time, the main role of First Ladies was to act as hostesses of the White House...until Eleanor Roosevelt. Born in 1884, Eleanor was not satisfied to just be a glorified hostess for her husband, President Franklin Delano Roosevelt. Eleanor had a voice, and she used it to speak up against poverty and racism. She had experience and knowledge of many issues, and fought for laws to help the less fortunate. She had passion, energy, and a way of speaking that made people listen, and she used these gifts to campaign for her husband and get him elected president-four times! A fascinating historical figure in her own right, Eleanor Roosevelt changed the role of First Lady forever.

9780448486987 Who Was Jacqueline Kennedy? 賈桂琳‧甘迺迪
Through this engaging Who Was? biography, kids will discover the woman behind the sunglasses.

Private and bookish, Jackie Kennedy found herself thrust into the world spotlight as the young and glamorous wife of the President John F. Kennedy.  As First Lady she restored the once neglected rooms of the White House to their former glory, and through her charm and elegance became a style icon whose influence is still felt even today. Kids will be fascinated to read about a First Family whose youth, intelligence, and good looks captivated America in the early 1960s.

9780448482996 Who Was Mother Teresa? 德蕾莎修女
Born a humble girl in what is now Albania, Agnes Bojaxhiu lived a charitable life. She pledged herself to a religious order at the age of 18 and chose the name Sister Teresa, after the patron saint of missionaries. While teaching in India, where famine and violence had devastated the poor, Teresa shed her habit and walked the streets of Calcutta tending to the needs of the destitute. Her charity work soon expanded internationally, and her name remains synonymous with compassion and devotion to the poor.

9780448488554 Who Was Princess Diana? 黛安娜王妃
A shy twenty-year-old girl stepped out of a horse-drawn coach and into the world spotlight, capturing the imagination of millions as a real life fairytale princess. Although the storybook marriage didn't have a happy ending, Diana learned to use her fame as a way to champion charitable causes near to her heart. She became The People's Princess by humanizing the image of the royal family and showing care and concern for all people, including the homeless, the sick, and others in need.