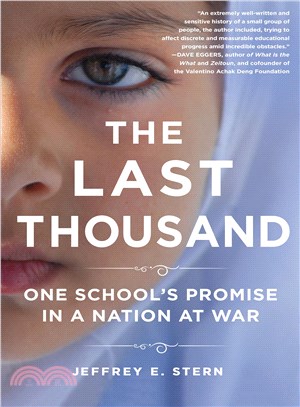 The Last Thousand unfolds during America's final year of military occupation in Afghanistan. The stakes of war are explored through the intertwining lives of six members of the Marefat School, an institution in the Western slums of Kabul built by one of the country's most vulnerable minority groups, the Hazara, as the school community prepares for the departure of foreign troops. Marefat's mission is to educate its community's youth- both boys and girls - and introduce them to a secular curriculum, civic participation, and the arts. The Marefat community has embraced the U.S. and flourished under its presence; they stand to lose the most when that protection disappears.

The Last Thousand tells the story of what we leave behind when our foreign wars end, presenting the promise, as well as the peril, of our military adventure abroad. Through the eyes of these characters, Stern presents a nuanced and fascinating portrait of the complex history of Afghanistan, American occupation, and the ways in which this one community rallies together in compelling, heartbreaking, and inspiring detail.

JEFFREY E. STERN has been named both a Pulitzer Center Fellow for Crisis Reporting, and a Graduate Fellow at the Stanford Center for International Conflict and Negotiation. Stern's reporting has appeared inVanity Fair, Esquire, Foreign Policy, The Atlantic, Newsweek, Slate, Time, andThe New Republic. He has also been featured on PBS News Hour, NPR Morning Edition, and Morning Joe among others.