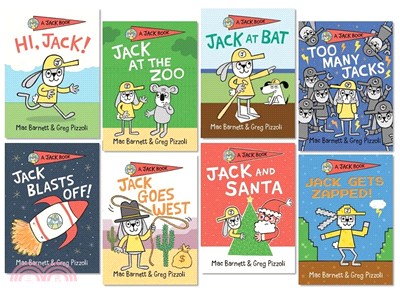 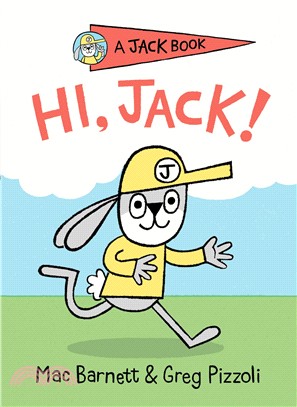 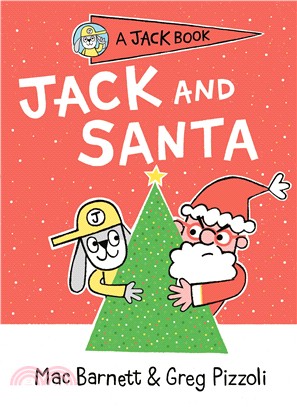 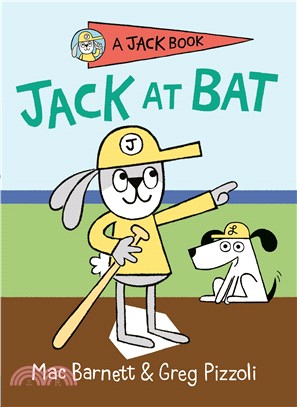 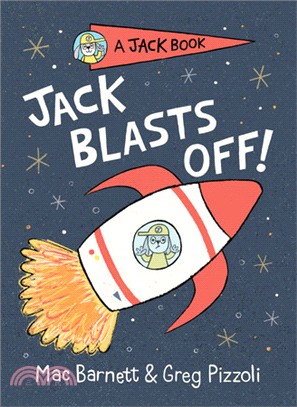 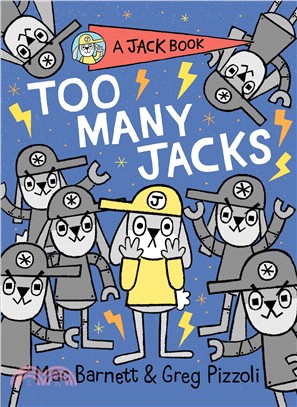 Welcome to the laugh-out-loud and irreverent world of Jack, a new early reader series by the bestselling and award-winning team of Mac Barnett and Greg Pizzoli. A perfect read-aloud with snappy, rhythmic text, this series will bridge the gap between picture books and chapter books and fill the Elephant-and-Piggie-shaped hole in young readers’ hearts.

Meet Jack: He lives in a tree house. His interests include snacks, petty theft, and lipstick graffiti. Jack also loves his friends, the cranky “Lady” and a sweet pup named Rex. He just has a funny way of showing it sometimes…

The Lady and Rex have a baseball game against the Big City Brats. Jack is not allowed to swing the bat, so he is told to be the Bat Boy. That is, until the Lady Town Ladies and the Big City Brats are tied. It’s up to Jack to hit a home run, but on the way to home plate he spots some snacks . . .

Jack, Rex, and the Lady visit the zoo. But when Jack gets hungry, he sneaks into a koala’s cage to steal some snacks. In a case of mistaken identity, the Lady takes the koala home and leaves Jack stuck in the cage. How will Jack escape, and will the Lady and Rex be happier with the new Jack?

When the Lady is mad at Jack, she decides to send him and Rex on a one-way trip to outer space. While she enjoys some rare peace and quiet, Jack and Rex get into trouble, resulting in their exile to the dark side of the moon. After an alien chase and some snacks, Jack and Rex get blasted home to Earth. But will the Lady take naughty Jack back?

Jack and the Lady take the train West to visit a dude ranch. One night, there’s a bank robbery next door, and Jack is pegged as the bandit. But thanks to Jack’s new rope tricks, the real robber is caught, and Jack leaves the Wild West a free rabbit with a big secret.

When Jack finds himself on the naughty list, he worries that Santa will bring him coal. But Jack wants presents—lots of them. Will Jack be able to prove to Santa that he’s not so bad after all?

On rainy days, Jack loves nothing more than playing video games. But when lightning strikes and Jack finds himself trapped inside his favorite game, will he find a way out before it’s game over?

Greg Pizzoli is an author, illustrator, and printmaker. His first picture book, The Watermelon Seed, won the Theodor Seuss Geisel Award, and his book Good Night Owl was a Geisel Honor Book. His Viking nonfiction picture book Tricky Vic was a New York Times Best Illustrated Book of 2015. He lives in Philadelphia.